Taking the rough with the smooth – love, dating, and World Beard Day 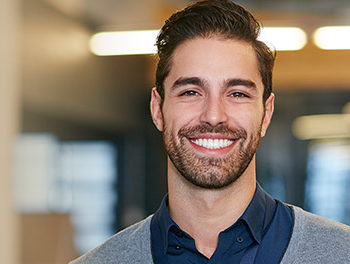 To beard or not to beard…for many men, that is the question. If you want a beard, but your partner doesn’t like it, should you shave for love? Or, if the situation is reversed, should you grow a beard if your partner asks? And what’s the most attractive type of facial hair? We surveyed 2,000 singles to uncover the truth.

In honor of World Beard Day on the 2nd of September, EliteSingles delved into all things beardy. We surveyed 2,000 singles to discover if shaving is the way to win hearts – or if beards really do grow on you.

Smooth operators: 68% of beardy men would shave for love

One of the most surprising statistics to come out of the survey was the revelation that more than two-thirds of bearded men (68%) would shave off their facial hair simply because their partner asked them to!

Of these, 44% would take the (understandable) approach of waiting until the relationship was getting serious before picking up a razor. However, the remaining 24% would be happy to shave for a partner right away – even if a relationship was in its infancy.

Of course, while the majority of men are happy to shave, not all bearded blokes are quite so happy to quit their whiskers. In fact, nearly one-in-three men with beards (31%) say that they wouldn’t shave for anyone but themselves.

Only 40% of singles would ask their partner to shave

Happily though, it turns out that most beard devotees won’t have to choose between keeping their relationship happy and their personal style. Just 40% of singles would actually ask their partner to shave off their beard, with 15% ready to ask right away and 25% preferring to wait until the relationship was in serious place.

And 60% wouldn’t ever ask their partner to pick up a razor – 41% because they feel such an undertaking has to be the beard-owner’s decision, and 19% because they really like facial hair and don’t want to see it go.

Growing strong: 47% would grow a beard for love

According to the survey, clean-shaven men are slightly more attached to their smooth-chinned status than bearded men are to their whiskers. While 68% of bearded men would shave if a partner asked nicely, only 47% of clean shaven men would grow a beard if their partner wanted them to.

Of these, just 14% of men would start growing a beard right after meeting someone, while 33% would hold out until the serious stage of a relationship. Meanwhile, 53% would refuse to grow a beard for anyone but themselves.

However, much like their bearded counterparts, clean-shaven men don’t have to worry about a partner’s facial hair demands. In fact, those that want their man to grow a beard are even more mild-mannered than those that prefer smooth chins. Just 18% of singles would ask their partner to grow some facial hair – 7% immediately and 11% after things get serious.

Meanwhile, 37% of singles think that it’s not their place to ask someone to grow a beard and 45% are happy to stick with the clean-shaven status quo.

One beard to rule them all

Those who like their faces and/or their dates clean-shaven might outnumber those who prefer a great big bushy beard, but even so, a third of singles (30%) think that men are more attractive with at least a bit of facial hair. Interestingly, men themselves are the group most in favor of a beard: 37% think that beards make men more attractive. 27% of women agree.

This beard-loving brigade agrees that facial hair, in general, is a great idea – but which beard is the most attractive? According to these self-confessed beard lovers, the best in show is the classic beard: short and neat but still full and mustachioed. In second place is a highly styled goatee, while five o’clock shadow takes out third.

So, do men take these opinions into account when growing a beard? Some do – but it’s far from the main reason. Of the bearded men surveyed, the number one reason to grow facial hair was because it suits one’s personal style. 43% of men gave this as the reason behind their own beard.

You can grow your own way

So, what can this study suggest to those singles looking for love this World Beard Day? If there’s one takeaway, it’s this: every type of facial hair has its fans. Some people like a freshly shaved jawline, some like heavy stubble, some prefer a full beard that could put a Game of Thrones wildling to shame.

Therefore, you shouldn’t grow a beard (or shave a beard) because you want to please someone else. You may attract one person – but you may also put off someone else. Not only that, as the study showed, the majority of singles actually want their partners to make such decisions for themselves.

Far better then, to grow or shave your facial hair the way you want, the way that suits your personal style, and makes you feel the most confident. After all, you may just find that it’s this confidence, not your facial hair situation, which ultimately makes you the most attractive.

For more insights from this World Beard Day study, please comment below or email us at [email protected]

All statistics based on the EliteSingles ‘World Beard Day’ Study, August 2017. Sample size: 2000 singles registered with EliteSingles. Some statistics may not equal 100% due to rounding.