How To Ask Someone Out Over Text: 8 Expert Tip 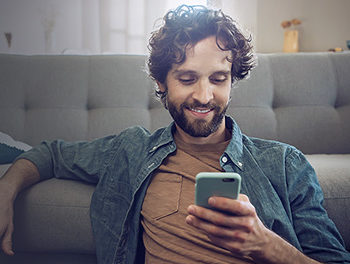 Text messages are one of the best forms of communication. It’s a quick and easy interaction, you even have time to think of a perfect response. But while it may be simple on paper, figuring out how to ask someone out over text can feel awkward.

Should you use emojis? Will they take me seriously? What will I do if they say no? When you’re nervous about asking someone out, it can be easy to overthink yourself into oblivion.

But there’s no need to. Chances are it won’t make you feel better about the outcome either.

Instead, take a look at our expert advice on how to ask someone out over text. That way you’ll feel prepared and confident.

Our Advice on Asking Someone Out Over Text

Start with a question

Ask them about anything: How their day was, about the weather, or better yet, a common interest.

If you two have a mutual interest, asking them a question about it can smoothly transition into asking them on a date. It also means your first date idea is taken care of.

If it’s someone you don’t know very well, don’t feel pressure to ask them out straight away. Instead, text them to get to know them a little first.

Our advice? Only ask out people you feel a genuine connection with, or at the very least, someone you’ve something in common with.

Don’t be afraid to be funny

Humor goes a long way. If you make someone laugh, you’re already a step ahead in figuring out how to ask someone out over text like a pro.

Why? It’ll make the invitation light and memorable. All going well, it’ll probably set the scene for a stress-free first date too.

Believe it or not, studies show that funny singles aren’t just entertaining, but attractive too. So don’t be afraid to exercise your funny bone! It could pay off.

Be respectful of the time

Yes, in theory, texting means you can speak with anyone anytime. But in practice, people have busy lives and aren’t always glued to their phones.

Try to avoid overthinking if you’ve asked someone out over text and they haven’t replied immediately. Instead plan to pop the question when you know they’ll be free.

It’ll mean you’ll probably get a quicker response and stop you from staring at your phone all day.

Don’t use acronyms or let emojis do the talking.

Using full words always trumps something like “u want 2 go 2 the movies w/me?”

It only takes two more letters to write the whole word ‘you’! It’ll make a world of difference.

Proper sentences also show that you’re serious and that this isn’t just a hookup.

Of course, how people speak varies massively. If this is how you two usually correspond then keeping it like that is totally fine.

But if you’re unsure, then go the extra mile and spell correctly.

Don’t corner them in

Remember, it’s OK if they say no. You never want to peer pressure someone into dating you.

If you get rejected and feel the desire to talk them into it somehow, fight the urge. Being creepy online is a big no-no.

There’s no great love story that starts with “I forced my partner to give me a try after they said no.”

If they say no, have a plan in mind of how you’ll deal with that. A good suggestion is saying, “That’s a bummer, but thanks for the consideration!”

Then, archive the text message chain. They might change their mind, but that’s on them.

On that note, it’s also important to be a kind person.

If they turn you down, that’s no reason for you to curse them out or make it seem like they can’t do better. That just shows immaturity, which is rarely attractive.

Even if a connection doesn’t work out, who knows? Maybe your paths will cross in another way.

Don’t burn any bridges just because they’ve said no, you might regret it down the line.

What if they say yes? Follow up on plans. Find a great destination, set up a time and get ready to wow them with your charm.

Just remember, when you’re considering how to ask someone out over text, everyone’s been rejected at least once. It’s natural. Experiencing rejection is all part of the process.

Like all aspects of dating, confidence comes with practice. With that in mind, it’s time to start sharpening up your text message game!

EliteSingles » EliteSingles Magazine » Online dating » How To Ask Someone Out Over Text: 8 Expert Tip