How to get a girlfriend: Follow our 10 step guide 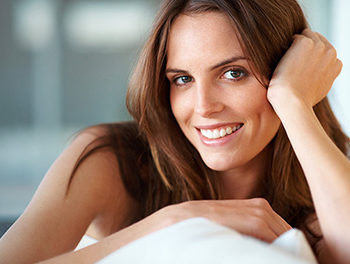 While leading the single life is fun for a while, it can become tiring and often leaves singles wanting something more meaningful. If this applies to you and you’re actually seeking a significant relationship, here’s our 10 step guide of how to get a girlfriend. Follow our simple methods and secure the woman of your dreams.

How to get a girlfriend: The 10 steps

1. Are you ready?
2. Be confident
3. Ask her on a date properly
4. Listen and ask questions
5. Be ambitious
6. Learn the art of flirting
7. Learn body language flirting
8. Be funny
9. Respect her
10. Don’t play games, however do maintain an air of mystery

1. How to get a girlfriend: Are you ready?

Before you actively search for a relationship, you must first be comfortable within yourself. Self assurance and self sufficiency are very attractive qualities in a guy and it is important that you don’t come across as desperate for a girlfriend. Instead, be comfortable in your own skin and content being single. When you reach this point you will be open to finding a relationship and it will subsequently come to you. Women want to feel like you’re choosing to be with them, not that you’re desperately seeking a relationship and can’t live without a girlfriend.

2. How to get a girlfriend: Be confident

Girls love confident men. Fact. Over-thinking everything and being nervous or afraid is not going to make a girl find you attractive. Most likely you’ll get friend-zoned. Be assertive by making plans and being clear in your mind of what you want. This also reverts back to the previous point of being comfortable in your own skin – you don’t have to be the best looking, funniest man in the world but if you’re confident with who you are, you will instantly be ten times more attractive than a really good-looking shy man.

3. How to get a girlfriend: Ask her on a date properly

So a beautiful girl has caught your eye and you’ve been speaking a bit, now is the time to ask her out. As we’ve said, women like confidence and assertiveness so make sure you ask her out properly! Don’t come up with a vague proposal of a plan or give her too many options to choose from so nothing gets established. Simply come up with a good date idea; one where you can speak and get to know each other properly (like a drink or a coffee) and give her a time and a place. Present her with a concrete plan she can’t refuse.

4. How to get a girlfriend: Listen and ask questions

Men are notoriously bad at asking women questions. Women often complain that men speak a lot about themselves on dates and don’t take a lot of interest in what they have to say. Don’t be one of those guys! Take an active interest in the conversation, even if she’s talking about her friends or work or something you wouldn’t usually particularly engage in. Try to focus on what she’s actually saying and ask relevant questions. This will earn you a lot of brownie points. You never know, if you listen properly you might actually find it interesting.

5. How to get a girlfriend: Be ambitious

Perhaps even more so than confidence, ambition in a man is attractive. Women really don’t like lazy men, so someone who is ambitious and motivated to achieve things will instantly catch their attention. There is obviously a fine line; women don’t want a workaholic boyfriend. But it’s really good to be passionate about things (not just work) and if you’re motivated to achieve things, women will instantly find you more attractive and interesting.

6. How to get a girlfriend: The art of flirting

Flirting is certainly an art form and is very important when considering how to get a girlfriend. Flirting differentiates between friendship and love interest; it is playfully showing someone you’re romantically interested in them. The classic techniques of extended eye contact, smiling and compliments work well. Make it clear you’re interested as more than a friend but don’t come on too strong otherwise she won’t think you’re looking for an actual relationship.

7. How to get a girlfriend: Body language flirting

Body language flirting can go a long way. According to Psychologia.com, the main element of body language flirting is highlighting your sexual differences in order to attract the opposite sex. Men will stand a little taller and expand their chest to emphasize their size and dominance. Women will tilt their heads and play with their hair. So if you a see a woman doing this, she’s flirting back with you! Slight physical contact can also indicate your interest; touching her shoulder occasionally will catch her attention.

8. How to get a girlfriend: Be funny

When considering how to get a girlfriend most people say ‘be funny’. Girls love guys who can make them laugh; there is that famous saying after all Couples who laugh together, stay together. Obviously it’s not always easy to be hilarious, but showing that you don’t take yourself too seriously and making the conversation light hearted will stand in your favor. Definitely make some jokes as well, you never know – she might have exactly the same sense of humor as you.

9. How to get a girlfriend: Respect her

It was Erasure’s Andy Bell who famously sung “give a little respect to me”. And if you want to get a girlfriend, you should definitely process the UK crooner’s lyrics carefully! Respect shows a woman that you’re serious about forging a relationship with her. This doesn’t mean you have to overdo it on the chivalry front; too much can seem patronizing, Respect in this instance is a much more nuanced affair. Take her preferences on board and make concessions when she’s got her heart set on something. Indeed, learning the art of compromise early on will stand you in good stead further down the line.

10. How to get a girlfriend: Don’t play games, however do maintain an air of mystery

In terms of how to get a girlfriend, game playing won’t get you very far. If you’re not replying to her messages and behaving really distant and disinterested, she will move on from you. She needs to know you’re serious about her and actually want to be in a relationship. Suggest fun dates, discuss exclusivity and eventually ask her to be your girlfriend. It is important though, not to blast her with texts and maintain an air of mystery. In a recent deal breakers survey, 44% of women considered being bombarded with messages from a man a deal breaker. Play it a bit cool guys.

EliteSingles » EliteSingles Magazine » Relationship advice » How to get a girlfriend: Follow our 10 step guide